No Result
View All Result

The Blood Moon is coming! Blood Moon is a new feature in Iron Throne, and it is bound to be exciting. This feature is one that players have been asking for since the game was released and will function as the game’s first Kingdom Versus Kingdom Kill Event.

The Elite are here to prepare you for the Blood Moon! While we have not yet experienced a Blood Moon event before, we have some basic information that you should know in order to be ready to hit the battlefield come October 5th. Below, you will find information about the basic outline of the Blood Moon War. Also, be on the lookout for more information to come as we participate and figure out the best strategy possible.

The Blood Moon will appear in the center of the Server Map and will take on a redder shade as the time for war approaches. Once it takes on a full blood red color, the war between Kingdoms will commence!

A 600 x 600 map will be used for the Blood Moon map. (In comparison, the normal Kingdom World Map size is 1000 x 1000). This means that the Blood Moon Map will be smaller, pushing players into a closer proximity to each other.

Lords of the same Kingdom will automatically fight as Allies and cannot attack each other. To distinguish between enemies and allies, the background color of a Lord’s name changes as follows:

The Kingdom Matching Decision begins three days before the War begins. This is the Blood Moon War Declaration.

Blood Moon War will be declared three (3) days before it starts. Once Blood Moon War has been declared, a reminder message and a Blood Moon Teleport will be sent to Lords with a Castle of Level 10 or higher. The Blood Moon Event and the matched Kingdoms can also be seen from the Point Events screen.

The War has begun! Once this happens, you may enter the Blood Moon War and participate using the Server Map. Keep in mind that you have a limited number of ports that do have timers on them, and this event will last for a week! So use these ports wisely. In the case that you do use up all of your ports, you can pay 5,000 Gold to obtain a port.

The Beginning of Blood Moon War 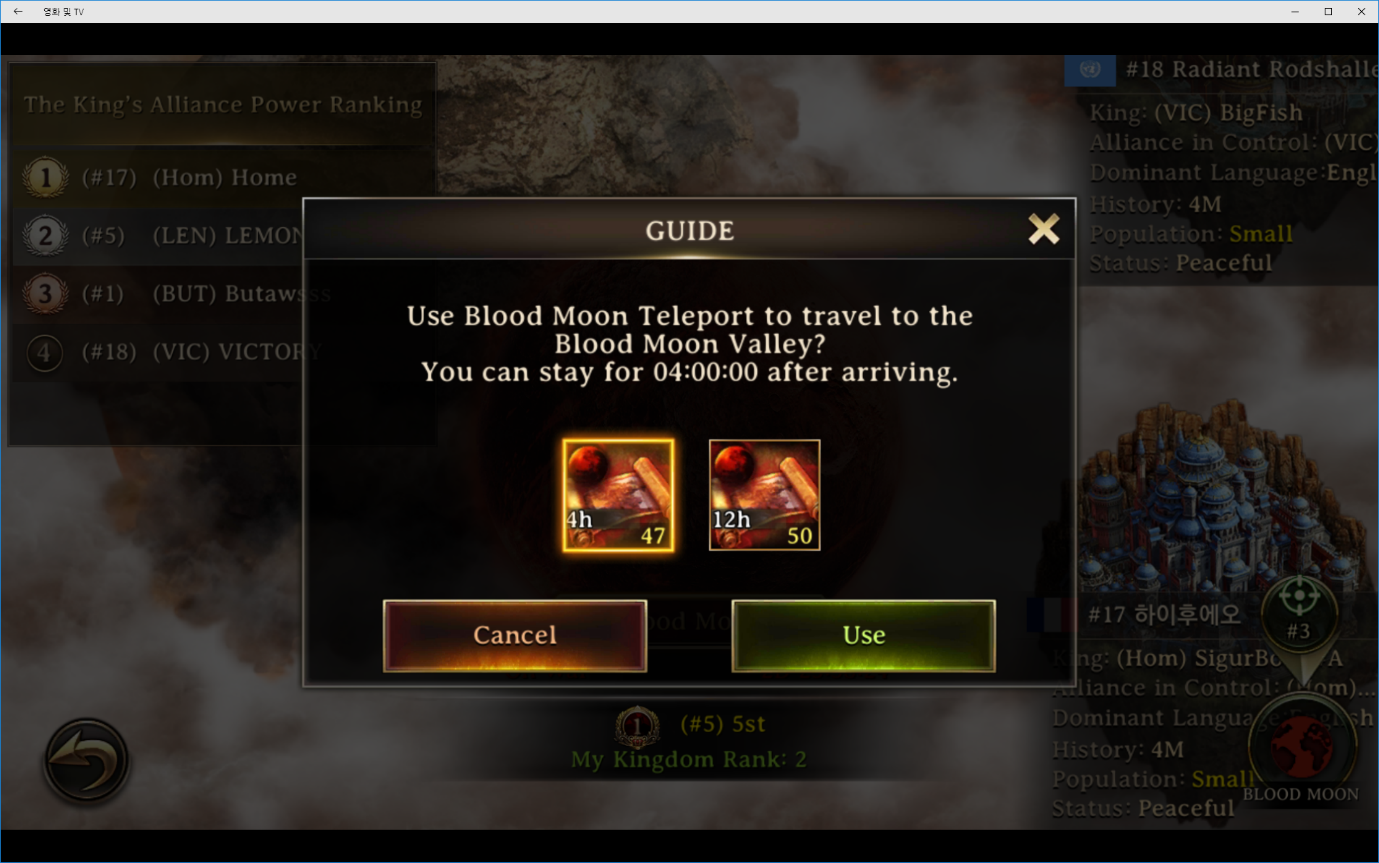 There are three different ways to enter Blood Moon Valley:

In Blood Moon War, the Kingdom that gains the most points during the three-day War period will win.
Blood Moon points will be accumulated and can be viewed in real time on the Blood Moon Event “Results” screen.

Here is what players really want to know! During the Blood Moon, how do you earn points for your Kingdom?

Here’s how to earn points:

* Blood Moon Event points are not related to other Point Events and are counted separately.

The Capital is the main objective that Lords need to conquer in Blood Moon. Points are awarded while the Capital remains under your control. If the Capital is conquered by an Alliance of the same Kingdom, you cannot attack or scout the Capital. After three days, the Domination period will start, and the Kingdom with the most points will be declared the winner.

There are six Blood Moon Sanctuaries. Sanctuaries currently conquered by an Alliance of the same Kingdom cannot be attacked or scouted. Points are earned while Sanctuaries remain under your control, and each Sanctuary provides a unique buff during the Domination period.

Chaotic Strongholds range from Levels 15 to 30. Structures are similar to those found in Kingdoms, but the rewards are doubled. Similarly, any troops that die here are automatically resurrected.

The Bloody Stronghold is guarded by Defense Troops consisting of one random type of Tier 6 troops (e.g. Bloody Stronghold sets defense troops using only Tier 6 Infantry); thus, scouting before an attack is recommended to gain an advantage. 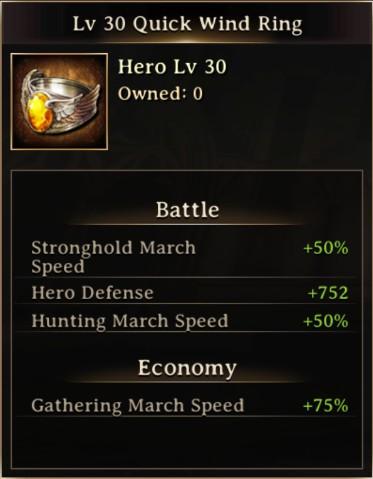 Monsters, ranging from Levels 15 to 35, appear randomly. The probability of Elite Monsters appearing is the same as the rates within your Kingdom. However, rewards for Normal and Elite Monsters are doubled.

At the end of the three-day War period, points will be counted and the winning Kingdom will be determined.
During this time, the first place Kingdom and its Lords are awarded Victory Kingdom Perks (which can only be used within the Blood Moon). The Domination period will last for four days.

After the War, the victorious Kingdom will be able to use a Peace Shield on the Blood Moon during their four-day Domination period and will also receive Victory Kingdom Perks (Resource Gathering Speed, Hero Attack bonus, Troop Attack bonus) which can be used to farm more resources effectively.

1) Victory Kingdom Reward
A powerful buff will be awarded to the Lords of the Kingdom who win the Blood Moon War. The buff applies only within the Blood Moon and will last throughout the Domination period.

Lords of the victorious Kingdom will be able to obtain the following:

2) Contribution Ranking Reward
Lords who have made large contributions during the War will be rewarded, and the Lords of the victorious Kingdom will be given greater rewards.

Instead of Alliance’s Giftbox rewards (like those in Alliance Events), a reward will be given based on each Lord’s points.

Preparing for the Blood Moon War

That’s all the basic information that Netmarble has provided us regarding the upcoming Blood Moon War. However, there are some things that we can do as we prepare for the upcoming battle.

The War is on its way! Will you be prepared with your Kingdom to dominate the Blood Moon?

Make sure to like our content and if you want to stay up to date with our new releases, connect with us on Facebook or chat with us on our Discord and Line channels!

Cinder has been playing Iron Throne since Beta. She has a wealth of experience in mobile strategy games and is excited to bring that to Iron Throne. Cinder is a member of FAM in K1.

December Tournament Finals in Iron Throne AVE vs ONE

This site uses Akismet to reduce spam. Learn how your comment data is processed.

No Result
View All Result